“The greatest pleasure in life is doing what people say you cannot do.” – Walter Bagehot

Throughout our lives people will doubt us.

People will say that the challenge we are facing is too big.

Think of those obstacles as MOTIVATION, not intimidation.

Throughout my life, I was told I would not succeed.

I was told many times I did not have what it takes.

As I matured, I stopped taking criticism personally.

I found it better to use these comments as motivation.

It is an amazing feeling to accomplish something you were told you could not do.

The people who doubt you do not know the fire and intensity you have beneath the surface.

There was a time when running a mile under 4 minutes was thought of as “humanly impossible”.  The experts said it could not be done.

Roger Bannister came along and smashed the doubters.

Then a funny thing happened.  Dozens of people broke that 4 minute mile barrier in the next decade.

Bannister set the standard.  He changed everyone’s mindset.  He ran past the doubters and into history.

Sir Edmund Hillary wrote, “It is not the mountain we conquer, but ourselves.”

Who will you prove wrong?  What will you overcome?

Believing what the “experts” tell you is AVERAGE.

Accomplishing what you were told you could not do is REMARKABLE. 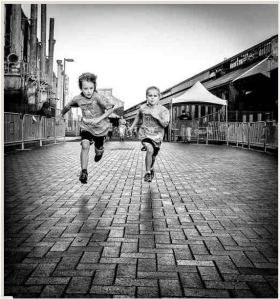